Brockhampton concludes their incredibly successful 2017 year with yet another extremely solid album.

It’s extremely difficult, as a musical act, to release a great album three times in a row. Even harder if that musical act does that in the same damn year. Yet that’s what Brockhampton, music’s most hardcore boyband has done. Made up of a jaw dropping amount of different artists (Kevin Abstract, Ameer Vann, Merlyn Wood, Matt Champion, Dom McLennon, and even more), the collective specializes in hard-hitting, cocky, and surprisingly catchy rap music. Despite being such a large group, Brockhampton has gained the attention of multitudes for being extremely cohesive throughout the songs they produce, with each member’s verse being complementary to the next; that tradition continues here, alongside other traditions found in the Saturation series (beginning with Saturation on June 9, 2017 and continued with Saturation II on August 25, 2017). If there’s a common phrase to apply to Saturation III as an album, there’s only one that could be used: If it ain’t broke, don’t fix it! Through incredible energy, solid production, and great personality, Brockhampton once again releases another great rap album that solidifies the collective as the best rap boyband around.

If we’re speaking about energy, one of the biggest appeals about the Saturation series itself, the third installment is not lacking in the slightest. Take the second song “ZIPPER”, one of the standouts on the album’s first leg. With an absolutely amazing hook by Kevin Abstract, as well as quirky vocal inflections by Merlyn on the final verse, and solid verses throughout, it’s a song that is distinctive in its sound and style (Merlyn’s mentions of Hannah Montana and Anthony Fantano are some of the best lines on this album). The personality of the album extends to individual stories by certain members on the project, with the track “SISTER/NATION” being a prime example of combining personal lyrics (especially by Joba on the first verse) with a downright odd beat, with driving synths that pummel your eardrums into submission. The personality of Brockhampton as a whole is one of intrigue, confidence, and defiance, but we can’t help but fall in love with them for it. It’s a trait that helps them out. Even on the three short skits on the album, performed in Spanish by Brockhampton member Roberto, the personality of the group shines as Roberto’s unnamed character contemplates life over beautiful orchestrated instrumentals. It’s a perfect side dish to the full course meal that is Brockhampton’s sound and clever writing on these songs. There’s normally always a few standout bars in any given song on the album, whether they be funny or personal (especially personal on the song “JOHNNY”). This gives the album replay value, something many modern rap projects lack.

The sound of the album itself can best be described as “wild, yet controlled”. Even on songs that go absolutely bonkers, such as the standout “BOOGIE” (what with its incredibly violent horns, spacious keys, and jaw dropping performances by several key members of the group), the songs still sound good to the ear, striking a great balance between abrasive but enjoyable. Contrasting these harder, more loud cuts are softer, more poppy moments, such as the songs “HOTTIE” and album closer “TEAM”. The former, with its incredibly sugary yet infectious hook and almost silly nature, contrasts heavily against the harder hitting tracks effectively and gives a moment of levity from the driving beats. The latter is another standout moment, with some stunning singing from Bearface (another member), solid verses from Kevin Abstract and Ameer Vann, and great production with its sad guitars. The album’s sonic palette constantly changes, just as much as each verse has a new member on it, yet still sounds gelled together. Hell, an incredibly personal song like standout “JOHNNY” should normally not sound good when it’s shortly followed by the hard hitting banger “STUPID”, yet it works like a well oiled machine.

The album as a whole, despite many high points, ultimately hits a few potholes towards the road of the last track. Songs like “ALASKA” and “RENTAL”, that show up towards the beginning of the latter part of the album, are simply duds compared to the surrounding tracklist. “ALASKA” doesn’t really accomplish anything that the other songs have already, just being more standard braggadocio over a standard beat (with no hook in sight!) that doesn’t really work all that well. Although it follows one of the more experimental songs “BLEACH”, which had great turntable production and a stellar hook, it doesn’t continue the win streak. The song “RENTAL”, with it’s downright unpleasant hook (the repetition of the word “head” made me want to tear off mine) was just another “meh” moment on the album that, while not bad, ultimately made me want to re-listen to the standout moments again.

While there are a few duds to be found, as an entire project, Brockhampton is three for three in terms of 2017 projects. As a conclusion to a wild, catchy, and unique trilogy of great rap albums, Saturation III more than satisfies the listener. 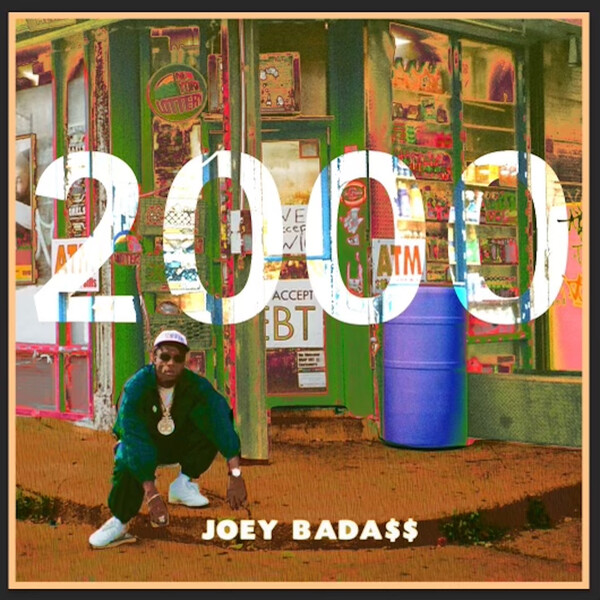