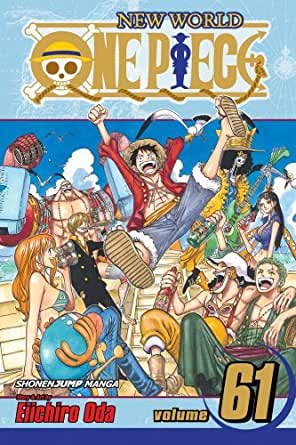 You saw the first half of our rankings on the One Piece Sagas...which will fall into our top half of the list? Read on to find out

Well…after four years of publication, the Wano Country saga of One Piece is over! As we gear up for the final run of Eiichiro Oda’s pirate-themed magnum opus, let’s reminisce on the best of the best, the cream of the crop for this legendary manga series. Let’s set sail!

Whole Cake Island, I find, is a controversial saga to One Piece fans. Some think it ranks among the best, others think it was way too long. To me, this saga was a great introduction into the world of the Yonko, with one of the most unpredictable plots in the series serving some of interesting character writing. To begin with, the star of the storyline is Vinsmoke Sanji, who essentially went from a useless joke to a character with some great growth as he interacts with his family and abandons the Strawhats. His moments throughout this saga hurt, especially when he fights Luffy or realizes how alone he is without his found family. Other characters have some great shine. Brook showcases his talents as a Strawhat, Big Mom is easily one of the greatest villains in the series and Katakuri is a great reflection of the story’s themes of family.

Family itself has always been a common theme in One Piece, with Whole Cake covering toxic family relationships in specific. The angle of this arriving in a forced wedding set piece is excellent, especially as it goes to shit and our crew tries to escape the comically candied country. The ending of this arc can be a bit drawn out, sure, but the highs it reaches are insane. Luffy and Katakuri’s fight is one of the series’s best, Sanji’s use of cooking to stop the relentless Big Mom is a great use of his roots, the decision to have different crews work together to stay alive showcases the Yonkos’ true power…and when it’s all said and done the Reverie teases us with some incredible lore reveals. A pretty sweet adventure, I’d say.

5. Sky Island Saga: An Electrifying Adventure That Flexes One Piece’s Worldbuilding and Humor

“I skipped Skypiea” so many people say when talking about One Piece. I get it: the whole saga feels very disconnected from the rest of the story due to its isolated setting and non-recurring cast of characters. But I firmly believe that this story is a fantastic adventure. Starting in Jaya, the crew’s interactions with its dismissive residents almost reflect the odds the crew faces in achieving their dreams. Oda casually introduces Blackbeard, several key political figures, and the mystery of the Sky Island itself.

This island is then explored in glorious fashion. Skypiea is a fully realized world, full of different languages, technology and cultures that could back up their own manga series. The fish-out-of-water perspective is great at challenging our crew as they are assaulted by God himself, Enel.

Enel is a great example of how to make a simple villain effective. His lightning powers and laid-back attitude help create some of the craziest panels of the series, with his pompous nature setting the story’s main conflict into motion. Every member of the crew has a defining moment here, whether it be Chopper finally learning to overcome fear, Sanji and Zoro’s badass sacrifices, or Luffy realizing he can hit Enel due to being made of rubber. That last point shows the saga’s exquisite humor, something that I think made me a One Piece fan early on. The setting is spectacular, the fights and resolutions are satisfying, and the whole journey is as fun as it is shocking.

If Romance Dawn was the saga that made me a fan of One Piece, the Alabasta Saga made me a devout reader of Oda’s story. This storyline is a popular choice for many as their favorite One Piece saga and I’d have to agree. The first proper story of the Grand Line, Alabasta is delivered in two halves. The first half is dedicated to setting the scene, showcasing the weird weather of the Grand Line, its dangerous seas, and establishing the Baroque Works organization. Introductions to beloved characters like Chopper and Vivi are great in their own right, sprinkled in neatly woven-together arcs where the crew fights various pirates and Baroque Works agents on their way to Vivi’s home country. The crew dynamics here are equal parts humor and heart, building on each chapter and island only to explode in the delightful climax on Alabasta itself.

And that climax is arguably one of One Piece’s best. Sir Crocodile is still one of the series’ best antagonists, a charismatic schemer wielding some awesome powers and a great design. Alabasta’s political aspects are complex but still palatable as we keep up with a rollercoaster of set pieces, revelations and plot twists. Some of the series’ best fights occur at the back end, with Zoro vs. Mr. 1 and Luffy vs. Croc being some of the greatest moments in One Piece’s entirety. It’s a genuinely perfect arc, leaving very little space for error as our crew overcomes their first major obstacle and wows the world with their prowess. I laughed and I cheered throughout this saga…and I’m sure many have too.

3. Wano Country: Oda’s Still Got It

As the most recent saga of Wano Country comes to an end, the classic online hate group has surfaced. And so I will say now that it’s not perfect. Its pacing is shoddy at points, the art is a tad bit confusing, and the ending feels a tad bit rushed.

But everything else is so goddamn exceptional man!

Being the series’ longest saga, Wano Country is a fully realized take on historical Japan, Pirate Madness, and fictional battle royales. The scope of Wano allows for so many fan-favorite character moments that it’s impossible to list. The themes of hopelessness, poverty, and “might is right” are powerful, especially when viewed through the lens of a villain like Kaido, the most physically imposing and philosophically unique villain that we have encountered yet. His presence in this saga is monstrous, kicking our characters’ asses left and right until the very end, when Luffy undergoes the series’ best transformation, Gear 5th. When Wano was at its most serious, Oda decided to have fun and I’m all for it.

There’s way too much stuff to even describe that this arc does right. The Oden flashback boiled my heartstrings and brain, our crew reuniting for the first time in years for an all out war was to watch, Law and Kidd’s contributions to the Worst Generation dynamic was great to watch unfold, the lore dumps of this arc leave the story in a very interesting place as it concludes, and the growth of characters like Momo, Luffy, Robin and countless others is peak One Piece. Was the ending a tad rushed? Maybe…but there’s way too many good writing and setpiece choices to ignore when I say that Wano Country is a shining moment for the series.

Man…what else can be said about the Paramount War Saga? From Sabaody to the Post-War arc, this stretch of story is impeccable, and it all focuses on one character: Luffy. The main character of our story is completely devastated throughout this arc, losing his crew and his family as he tries over and over again to save everyone in the face of impossible odds. If Wano was the moment we saw Luffy at his strongest, this was the moment we saw Luffy at his weakest. From seeing him lost and confused on Amazon Lily, to seeing how his kindness and resilience inspires others on Impel Down, to his pure determination shocking the world’s strongest people in Marineford, he does double duty in serving as our emotional core and POV as we experience a real war. His recruitment of past villains in Impel Down arc is my personal highlight, bringing back faces like Buggy and Croc as a victory lap for the first half of his adventure…

But this saga is so much more than bombast and callbacks.

It’s our first introduction to Haki, it’s a huge lore dump on the history of Gol D. Roger, it’s a tragedy as the epic Marineford battle ends with the death of two beloved characters. It’s a backstory reveal for Luffy, Ace and Sabo that reveals where Luffy got his conviction. Most of all, it’s a sign of the future as Luffy and his crew agree to train and reunite in two years time. It’s One Piece at its best, mixing in crazy highs with devastating lows that are the foundation of its most recent chapters.

And yet it isn’t number one. That honor goes to.

1. Water-7/Enies Lobby Saga: The Saga that Defines One Piece

The Water-7/Enies Lobby Saga is by far the best example of why One Piece is so beloved. This was the last of the “crew-focused” arcs before the world truly expanded before our eyes; it shows in how much detail is given to our crew. The departures of Usopp and Robin were some of the best character decisions Oda has done to date, especially when they grapple with their own insecurities and the disrepair of the Going Merry. This exceptional character-writing is served by a fantastic backdrop, Water-7, wherein Oda’s worldbuilding reaches one of its highest peaks. As intrigue and mystery builds in the city, our crew is further divided and fights for their very survival. The events surrounding this conflict, namely with CP-9 and Robin’s status as a threat to the World Government, are fascinating in how well they’re integrated in the core story of the crew’s tensions. As the first half ends with our crew separated and determined to get Robin back, the story was already perfect…

And Enies Lobby wraps it up in the best One Piece climax of all time.

Being a combat-heavy climax to Water-7, this section of story can be boiled down to a lot of fights, but it’s so much more. The little moments matter as much as the big: when Robin screams that she wants to live, when Usopp shoots down the World Government flag? All fantastic, but they’re served by much smaller, intimate moments that are trademarks of the series. Zoro getting lost as he makes a break for Robin, Sanji being unable to fight a lady due to his chivalry, Franky blowing up the Pluton blueprints, Luffy remembering Usopp’s voice so he can escape after his vicious brawl with Lucci? They’re arguably as important and iconic as the emotional moments and fights. As the arc closes out with the funeral of the crew’s old ship and a reveal on the wider world’s political makeup, I knew I would keep on reading until I caught up. Few can argue with the fact that, from front to back, Water-7/Enies Lobby is some damn good fiction.

But, that’s just my take on the series. What do you think about my overall list? Anything you disagree with? Feel free to shake your keyboards at me in fury! I’ll catch you all next time as we try to return to a certain series that has been put on hold for a bit…