Slowthai showcases his versatility as an artist and a human on Tyron.

It takes a lot of guts to drop an album like Tyron, but if Slowthai’s involved, you know some risks are gonna be taken. A punkish, creative, controversial, and incredibly talented artist, Tyron Kaymone Frampton has become one of the rap world’s biggest musical upstarts. Many can agree that he has an excellent ear for hard-hitting beats and a penchant for poignant bars, but Slowthai’s ability to embody chaotic creativity is what keeps everybody’s ears close to the mic. In the wake of recent controversies and an eternal quarantine, anyone would naturally expect Tyron would be an emotion-heavy moment for Thai.

What no one could have predicted, however, was how raw and dynamic this emotion would be. Tyron is where Thai is both fiery and vulnerable, offering a listen that’ll hit hard on the speakers at first, only to hit hard on the heart after.

Slowthai’s choice to split this album into two halves serves as a great way to separate the two tonally opposite ends of the record, establishing the narrative of Tyron clearly to the listener. The first half is composed entirely of bass-bumping bangers featuring powerful performances and some truly iconic moments. Slowthai and Skepta teaming up on “CANCELLED” is a cheat code: Slowthai’s elongated verse brings out his chaotic energy, while Skepta’s hook and outro verse add a layer of coldness that clashes with Thai’s hotheadedness. “MAZZA” is a perfect blend of Slowthai’s catchy flows and precision writing, with ASAP Rocky’s verse being on of his best in a while. Couple this song with a cycling horn loop and grime-banger beat and you have an early-year rager on your hands. “VEX” and “WOT” are examples of how to do a short rap song right: making every line count, every transition into a bar memorable in its own way. “Can’t be my slime, I don’t roll with eels” may just be one of my favorite lines here. And there’s many more lines in Tyron that match its memorability.

As you descend further into the angry pit of lava that Slowthai’s dug on this project so far, “PLAY WITH FIRE” suddenly turns that same lava into ice. The cold chords that ring out amidst humming samples and muted keys internalize the unease Slowthai displays on the track. Even as he brags, he has doubts. As the beat switches for the last third of the song, the dissonant tone becomes even darker, leaving the halfway point feeling like a miniature finale. This in and of itself is a great way to lure listeners into the second half, as you anticipate where the album is heading and appreciate the nice first half. Splitting the album like this, business-wise, makes sense as well: you know that some people will gravitate more to one side over the other, so making that distinction clear works incredibly well for returning listens.

But, with all that said, the transition from “PLAY WITH FIRE” to “i tried” is my favorite musical moment of 2021 so far. The movement from angered yells to melancholic proclamations is brilliant. It sets up the much more mellow and depressed second half effectively and truly elevates with Slowthai’s brilliant writing and performing skills. “We filled cracks of broken homes with broken dreams and broken bones” is one of the most powerful lines I’ve heard any rapper say, and this is one of the first lines. Thai goes over his past, his friends, his loves, his losses, his success, and his failures that continue to haunt him. In a short verse that barely reaches over a minute in a half, Thai’s form is perfect…

And the rest of the record follows suit. “focus” continues the reflective mood from the previous tracks, with Thai being at his most muted yet. It’s hard to describe, but this being his most straight-faced performance on the album works well with the GO:OD AM-esque beat and the fears Thai expresses here. “terms” is one of the longer songs on the album, emanating strong The Weeknd vibes with the pitch-black synths and moody tones. Dominic Fike kills the hook of this track, with Denzel Curry’s subdued vocals adding a nice bridge to the song’s middle. Slowthai’s harrowing descriptions of addiction here are vivid, scary even. “push” is a surprisingly pleasant acoustic ballad featuring Deb Never’s angelic voice and one of Thai’s more vivid verses, creating interesting portrayals of betrayal and faith. As his voice rises with the beat, you can’t help but get a rush. The album’s pacing is exemplified here: every track serves as a perfect link in a longer chain, creating natural highs and lows to keep you engaged.

If Slowthai was aiming for an effective ending, the final three tracks of Tyron are all bullseyes. “nhs,” which Slowthai considered the title track of the record in an interview with The Guardian, is a heartfelt tribute to the NHS combatting COVID-19 in 2020, as well as to life in general. It’s Thai at his most uplifting, and I’m all here for it. “feel away” is an interesting ballad, centering on the throes of a confusing relationship. Thai’s ability to paint genuine scenes of passion and regret is as deft as ever, and James Blake’s singing is on point. If this last track was the assist, “adhd” is the grim goal kick. The sour piano chords, chopped scream samples used to accentuate Thai’s despaired lyrics, a particularly heart-wrenching phone call that follows one of Thai’s most poignant verses ever….this song brings back the fury on the first disc, but is as saddening as the second half all at once. The final verse on this track is probably one of the best on the project, with Thai’s passionate delivery sending shivers down my spine and ending as quickly as a light flickers off.

Tyron is a lot of things. On one hand, its beginning is brash, bold, abrasive. On the other hand, it is reflective, depressed, and heartfelt. The album has a fitting title: this very much feels like a self-reflection on Slowthai as a person, hence his name being the title. It’s a pure bottling of his personality and talent, making a brisk 35 minute record carry a serious emotional weight. This album is simultaneously good in the gym and rainy days…and it makes perfect sense. If you can’t tell already, it’s definitely worth a spin. 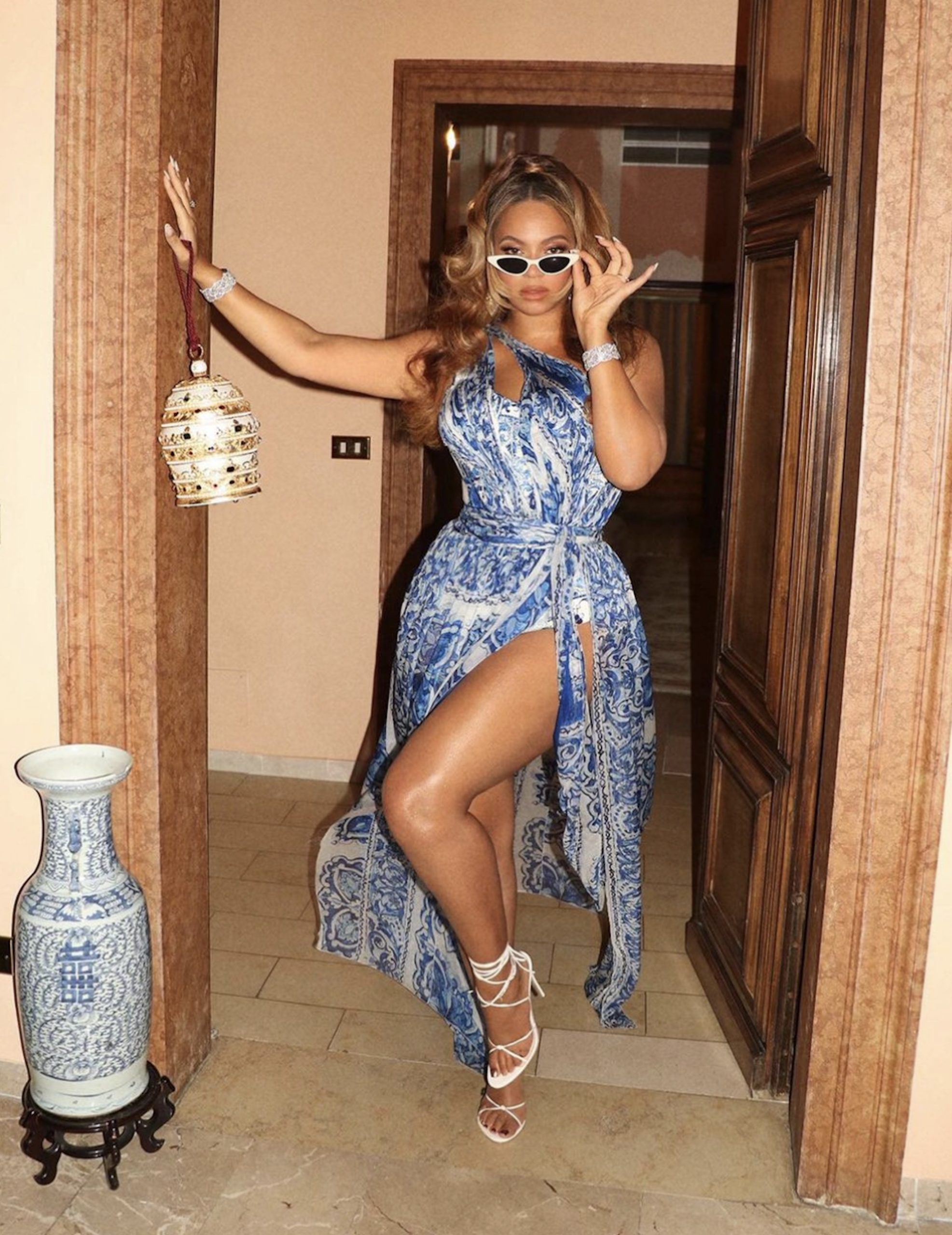 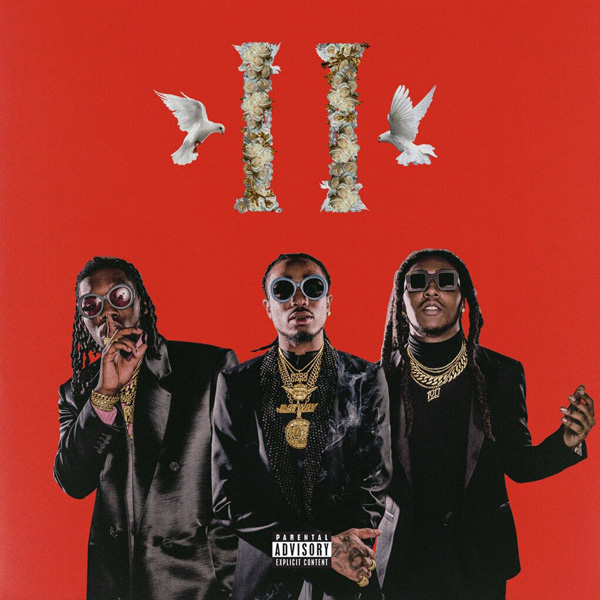