The Weeknd- My Dear Melancholy Brief Review
(By: Thomas Rodriguez)

Canadian R&B giant The Weeknd returns with an atmospheric yet flawed soundtrack to heartbreak and love.

Emotional wrecks in music: you gotta love em. Coming off his highly successful 2017 album Starboy, Abel Tesfaye (The Weeknd) has made a relatively quiet return to the music landscape through the surprise release of his latest tour-de-tears, My Dear Melancholy. Continuing on his typical themes of heartache, poor lifestyle decisions, and longing, The Weeknd doesn’t attempt to reinvent his “wheel” on this EP. And why should he? His similarly themed projects have typically been extremely successful in the past, so maintaining his status quo makes sense. And while Tesfaye succeeds in his usually great atmosphere and vocals, his various songwriting and production faults still  appear throughout the short track list.

On a purely sonic level, this album is mostly great. Atmospherically, this album is perfect to play in a car with a fine lady or gentleman by your side, or in your bedroom as you cry over losing said lady or gentleman. The druggy aesthetic of the instrumentals throughout adds to the depressing (yet great) vocals of the Canadian crooner, especially on songs like “Call Out My Name”, where the slurred drums, lonely keys, and powerful vocals combine to make a simply outstanding opener. The woozy, electronic-driven “I Was Never There” features production from French house artist Gesaffelstein, which provides a great feeling of being lost at a rave while looking for a loved one, all the more helping Tesfaye’s excellent singing. While there are many musical highs throughout the EP, there are a few isolated problems in the track list. While a song like “Hurt You” is almost like an extension of “I Was Never There”, what with its continued production of Gesaffelstein, it sounds a little too similar to The Weeknd’s previous hit “Star Boy”. It sounds like a lazy rip off of another artist, except Tesfaye is ripping himself off. How do you even do that? A song like “Wasted Times”, while atmospheric, sounds damn near awful once the weird vocal effects on Tesfaye’s singing arrive on the latter half of the track. It doesn’t help that he was a good singer to begin with; why fix what isn’t broken?

Lyrically, The Weeknd showcases his usual behavior: not being a good partner for others (yet still wanting them anyhow), being heartbroken, wanting someone good for him, etc. etc. There are many honest and relatable lyrics found throughout the project, which can only help a good cry session. A song like “Call Out My Name” is so raw in its lyricism that you can’t help but feel bad for Tesfaye, (or for yourself), and it helps better paint a picture of his inner feelings. “Privilege” is particularly good because it covers a subject that is common among a lot of couples, namely the relationship that you shouldn’t be in, but you’re still stuck in it. The red and blue pill imagery in its hook is definitely a Grade-A tear jerker. However, not all the lyrics are exactly….quality. Sometimes The Weeknd is less of a tear jerker, and more of a jerk. Take “Try Me”, where he is telling his ex who is getting married to get back with him, saying she’s ready for him now. For someone who’s trying to sound depressed, he comes off as kind of an asshole. The trash doesn’t really end there though, because “Wasted Times” is a lyrical waste too. The various attempts at sounding sexy in the song don’t really work (especially the godawful equestrian line), and just turn the song into something hilariously bad. Unfortunately, these lyrical faults just bring down the EP’s quality as a whole.

Overall? I think My Dear Melancholy is decent. The pros slightly outweigh the cons, but the consistency throughout is lacking. There are a lot of holes in the EP’s track list, but if you have a hole in your heart, you can listen to far worse to deal with it.

Tracks to Save: “Call Out My Name”, “I Was Never There”, “Privilege”

Did you like this EP? Any comments or criticism? Comment down below and let me know! I’d love to hear what you think! 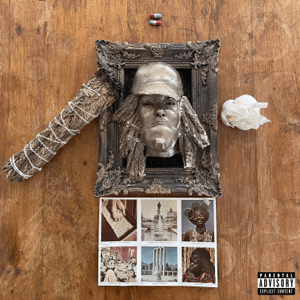