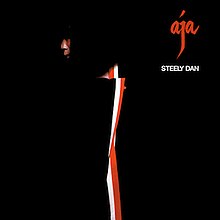 Join us as we discuss one of the best jazz rock albums ever made, Aja!

“Learn to work the saxophone
I, I’ll play just what I feel
Drink Scotch whisky all night long
And die behind the wheel”

There are very few albums out there with a carefree attitude that stick around for long. Music to vibe out to and throw on in the background has always been something I’ve never been fond of slandering; there is an art in making something listenable at all times, after all. In the days of Spotify, lo-fi hip-hop radio, and albums like Drake’s Honestly, Nevermind, there is an abundance of music that is always pleasant to the ears…but in that same vein there’s usually not much more to say. Music made just to “be a vibe” is hard to make rewarding when taking a closer look at it.

Across all genres, however, there are albums that are both smooth listens and incredibly rewarding experiences. They manage to scratch that itch for fun and soft tunes as well as have layers of personality, color and finesse that make them truly fantastic. I can’t think of many bands that encompass this energy than NY rock band Steely Dan. Founded by Walter Becker and Donald Fagen, the band has some of the most acclaimed rock and jazz fusions in history in their catalogue, but their peak was 1977’s Aja. It’s an album that makes you feel wise and at peace, loaded with a kaleidoscope of jazz and rock fusions that are as intricate as they are catchy. Aja is a record that is comparable to a glass of scotch: it embodies style, packs a lot of punch in short volume, and its value only gets better with time.

If you want to see what I mean when I say Aja embodies style, you don’t look much further than ” Black Cow.” The song is about the nightlife activities of a protagonist’s girlfriend, including going out and stumbling home. The lyrics themselves are simple but very mature, able to paint a picture with very few words…and that’s all due to the instrumental bliss on display. The bass lazily thumps amidst steady drums, pristine keys and swaggering horns that climax as Donald Fagen and backing vocals call out over the mix. At this point of their career, Steely Dan became a full on studio band, working with some incredible session musicians to create lush jazz compositions. This composition is seductive, smooth, and catchy at first impact. Paying attention to the numerous passages of the track, however, makes you appreciate how complex and well-structured and produced the song is. The use of structure on the album as a whole is exemplified on the title track, a relaxed classic rock behemoth that undergoes several instrumental and melody changes while maintaining a tropical and blissful feeling. It’s a great song to throw on when you’re by a beach, but again the layers of the song are apparent as you listen in on the lyrics about music’s freeing power, the killer sax and guitar solos, or the use of some luxurious pianos. It’s an 8-minute track that never overstays its welcome by constantly changing things up as it progresses.

Going off that 8-minute track, one key thing to remember about Aja is that it packs a lot of content into its short seven track run. The shortest track here is about four minutes, the funk rock jam “Peg.” While all of these songs are relatively long, they never really feel like it, often packing a few songs worth of ideas into them. Even “Peg” does this. It’s a song about a relationship gone awry because of Hollywood aspirations, accentuated by an incredible groove, a catchy as hell hook and a goddamn WIND SYNTH. It’s colorful and bouncy, probably the most accessible track on the album. On the other end of the length spectrum, “Deacon Blues” is almost 8 minutes, a depressing concept song about a man fantasizing about becoming a musician. The track sounds like a fantasy, with the use of steady acoustics, psychedelic uses of horns and sax, quiet pianos, and a catchy as hell hook. The hook (quoted above) is my favorite from the album, a perfect example of the fantasy that being a famed musician would feel like. It just sounds classy, working even better as you consider the music being played being listened to by the song’s narrator. If you threw this on in the background while drinking scotch whiskey, I guarantee that the experience will be elevated by vibe alone.

As I mentioned earlier on, music that can be easy to throw on in the background can very easily fall to the wayside. Aja, rightfully so, has not done that, nor will it ever I think. Even in the context of 45 years later, the sound of this album is still worthwhile in today’s musical landscape. “Home at Last” is a fantastic example of this, with its soaring vocals, surf rock feel and the catchy as hell horn lines. This song resembles much of pop and rock today by having two hooks, the vocal and the instrumental. If you told me this song dropped today, I could very easily believe you. On the other end of that spectrum “Josie,” the excellent closer, proves that obviously older aesthetics can still work today. The guitar licks, peppy drumming, and celebratory language of the lyrics are distinctly old…but even nowadays friends of mine have this song on their playlist (shoutout to Swamp Records!). Aja itself is an older record, older than most covered on this humble website, but it’s one that still stands toe to toe with the best of new material we have covered.

Admittedly, I had not gotten into much Steely Dan prior to this year. I have always been a fan of some jazz and classic rock, but never knew that such a great mixture of the two genres existed in Aja. Any band that has a song as chaotic and fun as “I Got the News” is worth their salt. I’m super happy I was able to experience Aja in 2022. It’s an excellent record that is perfect for a smooth, relaxing listen. It is also a record that is perfect for those who like to dig into their music, discover the nooks and crannies that make it so effective and catchy. It really is a perfect album, one of the best I’ve heard from a purely sonic and creative standpoint…

But that’s just my take on it. What do you think about Aja? Is it a classic to you, or do you find it overrated? Any favorite songs from Steely Dan from this album or another? Let me know in the comments!