A sprawling journey through Blu’s roots as an artist and human being, Miles is a reminder of why Blu & Exile are one of the best duos in hip-hop.

Music, at its core, expresses what human emotions sound like. The turbulent feeling in your gut when you’re anxious, the pain in your head when you’re sad, the heat in your cheeks when you’re joyful: music is the one medium that can make someone truly hear the sound of being human.

No other rapper quite excels at bringing humanity to the table like Blu.

A West Coast underground legend, Blu has made a name for himself as one of hip-hop’s underrated giants. With his frequent collaborator/producer Exile, Blu has given the world some of the most down-to-earth rap albums the genre has ever seen…all without breaking into the mainstream. For years he has maintained his status as a quiet artist, dropping projects every now and then that reflect on his life and upbringing in soulful, often emotional narratives. He can rap and write with the best, but his true skill lies in being as relatable and lovable as a best friend across the street.

In 2020, a time where humanity is needed more than ever, Blu has delivered another project with longtime collaborator Exile, titled Miles. It is easily his most ambitious yet, spanning an hour and a half with 20 tracks, loaded with features, and has enough lyrical content to satisfy three albums. Despite its extreme length, I feel like listening to this album did more for me than just provide a showcase of dazzling rapping and production.

It made me appreciate what it’s like to be a human and experience the beauty of the world and its people.

Let’s get started with the production of this album: point blank, Exile never misses a step. The album is dreamlike and whimsical, almost like a Disney-sponsored ride throughout Blu’s psyche and family tree. “African Dream” is a gorgeous matchup of native African instrumentals and a hip-hop groove, accentuating Blu’s celebration of his heritage. Samples come and go with the brevity of a whisper, often being used as reflections of rap’s ties with jazz and soul. A perfect example of this hidden theme lies on the old-fashioned piano, saxophone, and sampling on “Miles Davis,” reflecting music of a bygone era returning for one last performance.

The beats rarely turn dark or particularly hard, but they are still incredibly potent at accentuating Blu’s rapping. The turntable scratches and harmonized vocals on “True & Livin” work perfectly alongside the celebratory nature of the track, while the steady drums and upbeat chords on “The American Dream” reflect Blu’s analysis of the flawed American Dream concept. Exile’s work as a producer never stops at simply making beats; he works with Blu in an intimate way to ensure every second of music matches the tone of Blu’s writing.

And oh boy, Blu’s writing is incredible. Miles is a sprawling odyssey throughout Blu’s mind and ancestry; he acts almost as a stand-in protagonist with the relatability he brings to every bar. Whether he’s wishing for a brighter tomorrow, depressed over his shortcomings as a musician, or angered over bigotry, almost every line speaks to the soul in a universal language.

Of the many themes Blu tackles throughout Miles, one of the most powerful is the concept of returning to your roots. Even the title Miles, reflective of the influential jazz musician Miles Davis, points to Blu’s origins as a hip-hop artist and African American. Blu’s celebration of his African culture is truly beautiful and eye-opening at times, taking his time to meditate on it via the epic storytelling of “Roots of Blue” and the historical “African Dream.” For someone to throw so much African influence into their hip-hop album is beautiful, and worth listening to for anyone that wishes to learn more about a culture beyond themselves; I know I learned a lot. “When the Gods Meet,” besides having a gorgeous hook from Ishe, takes a more direct look at Blu’s ancestry, looking at his parents and their influence on his passions. Blu’s concise storytelling about encounters with family humanizes the whole experience of the album, reminding me of the family I miss so dearly. It seems now, more so than ever, Blu has taken his family’s investments into his work ethic and is paying them back in heartfelt rhymes.

In regards to Blu’s origins as a musician, he tackles numerous sources of inspiration to his musical style. “Music is my Everything” is a gorgeous ballad, dedicated to Blu’s childhood musical favorites. As he describes his house’s ban on rap music, love of Michael Jackson and Digital Underground over jazzy horns, you can almost envision yourself as Blu, learning and experiencing the world of music for the first time all over again. It speaks to the power music has on our memory; a single song can transport us to a different time, one filled with laughter or sorrow. “The Feeling” addresses his adversity in the music industry and racist America; it is one of the most heartbreakingly beautiful records he’s put on wax, using the failings of the industry to analyze his status as a father and artist.

The color blue is another theme prominent on Miles, tackling the concept of self that Blu struggles with. While this color reflects sadness, it is also used as a vehicle for hope and self-love, with the woozy “Bright as Stars” putting forth this notion. For every song that expresses sadness in the color blue, another displays triumph. “You Ain’t Never Been Blue” is a self-affirmation anthem, showing Blu wearing his life as a badge of honor, while “Requiem of Blue” celebrates the dreams Blu still chases today.

For the final part of this review, I wish to cover the song “Dear Lord.” Led by a church organ, angelic horns and wondrous singing from Jimetta Rose, this song is a gem; it’s an ode to humanity, to peace, to unity and harmony. It damn near drove me to tears, but I couldn’t detect why until I listened to Miles more.

I finally figured out why this song is so wonderful. It’s the soundtrack to hope. Despite all the tragedy and triumph Blu has been through, he perseveres and holds onto the positivity of a bright-eyed child. It’s an encapsulation of what Miles represents: despite the lengthy journey we all go through on this album and in life, through all the ups and downs, we gotta hold onto hope.

Miles isn’t just a great hip-hop album: it’s the soundtrack that humanity needs now more than ever. Give it a listen. 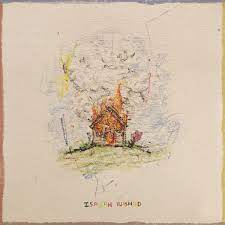