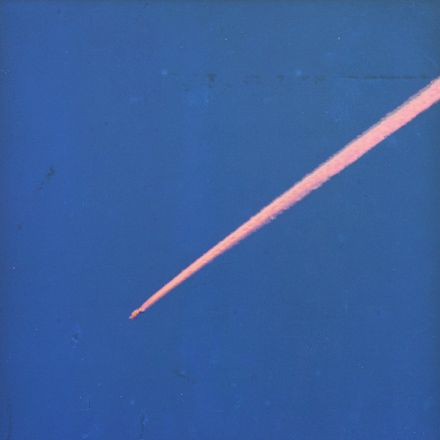 Thomas Holton waxes poetic on his favorite songs of the decade!

The idea of a decade is something that has only recently become real to me. It used to be something I had to memorize: the Cold War was here and the New Deal was here. Now, it’s something I’ve lived through. The 2010s will be in history books fifty years from now, and I’m a part of that. It still seems fake, like these last ten years surely have been ten separate years that don’t add up to anything as important-sounding as a decade, but that’s what happened. It doesn’t feel like I know enough for having spent nearly two decades alive, but I doubt many of us do.

With that being said, this decade has brought me music that has completely shaped me into the person I am today. These five songs have meant the most to me these past ten years, and I’m excited to tell you about them.

More than any artist in rap today, Isaiah Rashad knows how to capture the feeling of a dead end. Underneath Isaiah’s lowkey personality and soulful production lies a struggle to cope with issues brought on by both the industry and his upbringing. The alcohol and pills he brags about on one track are shown to be symptoms of his struggle to stay afloat on another. The Sun’s Tirade’s struggle lies in the search for purpose and escape, framed around a voicemail beginning the album begging Isaiah to finally “find a topic.” The album deals with themes of stagnation and drug addiction before finally arriving at the final track, where we get whisked away into a beautiful day in the South. Isaiah reminisces on the simplicity of wanting to touch the rim on a basketball hoop before the chorus of “You my favorite topic,” rings out, showing Isaiah has made a breakthrough, not only with the album, but in life as well. The oppressive, restrictive heat of summer melts away into a breezy drive with the windows down, an album of anxiety culminating in a song of euphoria. I always picture the levitating Isaiah from the album’s artwork blasting off to this song, arms out Superman-style above the clouds, finally with a feeling of control. The soulful George Benson sample that the song centers around was removed after failing to get cleared, leaving the current version of the song dry-sounding in comparison. The original still lives on Soundcloud, however, and that’s where it’ll hide as an easter egg for those who know about it. “Find a Topic” is freedom music, and it’s good for your soul.

Hanging over all of us is the summit that is love, always reminding us of its importance, of its being the end goal, of its mocking nature towards those who fail to reach it. On his album Aromanticism, Moses Sumney explores the idea of lovelessness with stunning detail, examining what it means to live without the desire for romantic love. The first full song on the record, “Don’t Bother Calling,” is our entrance into this journey of self-discovery. The pleading chorus of the record, “Don’t bother calling. I’ll call you,” is our first glimpse into the effects of Moses’ absence of attraction. The sparse guitars and atmospheric vocal effects wrap Moses up inside his own thoughts, attempting to navigate a situation with a potential love interest. By telling them not to call, he is holding on to his last thread of denial. He knows that through facing this person, he will inevitably disappoint them and not have the answers they’re looking for. Deep down, he knows he will have to face himself eventually, but he struggles against it for fear of it leaving him lost, with no clue as to how he fits into the world. He is already feeling the inadequacy brought on by his inability to love romantically, singing, “I’m not somebody. Somebody would savor us.” Moses’ voice is one of the most beautiful I’ve ever heard, his haunting falsetto breaking through the celestial production. In moments where disconnection becomes common, this song helps me immensely, and perfectly illustrates the feelings of self denial that must take place before true acceptance can take place.

Thousands of analyses have been done on To Pimp A Butterfly, and thousands more will be done from now until infinite. In an album as novelistic as this one, where each track is only understood in the context of the others, the standalone track that has shined the brightest in my life is “For Sale?” For me, this song is the most beautiful and emotionally compelling in Kendrick’s entire discography. It comes off the backs of “u” and “Alright”, two opposite ends of Kendrick’s emotional spectrum. The song begins with the sounds of a biblical chorus and Kendrick’s labored breathing, showing the toll of this emotional journey. His sounds of distress then melt away into a luscious, slow-motion dreamscape. It feels like being pulled back into sleep after halfway waking up in the morning. Enter Lucy, a female representation of Lucifer, and by extension, all the temptation Kendrick has to wrestle with as he attains more and more success. The smoky production and otherworldly vocals insulate Kendrick inside a space with no consequence or worry, an escape from all his troubles. This feeling of intoxication is captured perfectly in the second part of Kendrick’s “God Is Gangsta” music video, which features one of my favorite shots in any piece of film…

One of the simplest and most haunting lines on the track comes directly after we enter the haze: “I thought this what you wanted?” It’s a representation of all the people watching Kendrick’s ascent from back home in Compton, as well as Kendrick’s own subconscious, asking himself why he’s not content with everything he could ever have dreamed for. He feels the pressure of being a symbol of hope for his community, weighing whether he can continue to be a beacon for everyone else while he spirals personally. His isolation is what makes Lucy’s promises of comfort and happiness so appealing, and it’s what makes this track so intimate and powerful. It’s not happy or sad. It’s an emotional fever dream that we’re allowed a glimpse into.

No album has become as emblematic of a generation’s existential confusion quicker than Blonde has. Moments from the album, such as the beat switch on “Nights”, the talk of “Fezbuk”, and the entirety of “Self Control” have all become universally recognized as cultural reference points. For an album as abstract as Blonde to reach this level of influence in just over three years speaks to its quality and timeliness. “Futura Free” began as my most ignored track off the record; however, Blonde is an album whose meaning has only deepened the more that time passes, and it’s because of this that I now see “Futura Free” as the crowning jewel of the record, a moment I doubt will ever be replicated. After the intimate farewell of “Godspeed,” Frank delivers a series of stream-of-consciousness reflections on the absurdity of his success. Making multiple references to this being the last track, Frank abandons the cinematic nature found on the rest of Blonde, bringing us to the present to have a straightforward conversation between artist and listener. From an artist as detached and enigmatic as Frank, this moment of clarity has a tremendous impact. Frank attempts to balance his gratitude for his audience with his trepidations towards fame, singing that “I should be paying y’all,” while also identifying with Tupac’s escape to Cuba and Selena’s murder at the hands of her fan club’s president. The swelling, distorted production takes us through multiple instrumental shifts and gives glimpses into Frank’s past, present, and future. Blonde is Frank’s masterpiece, and this track feels like he’s celebrating along with us, like he had to get a couple more things off before he left. I know some hate the low-quality interview that finishes off this track, but for me it serves as one last remembrance of a simpler time, of a feeling of ease and of the last shreds of childhood. In an album mired in nostalgia, “Futura Free” showed me the beauty of presentness, and of the power of art to guide both its creator and its receiver towards better days.

The song “La Lune” by King Krule is my favorite track that has ever been made, and I have the least to say about it. I am not a good enough writer to explain what it is and what it does to me. Maybe in 30 years or so when I have enough experience I will be able to portray this song in a way that doesn’t feel like I’m betraying it. Even then, however, it won’t feel how it does to me now. There will be distance. An older man can tell you a story from their youth, what they did this one time and how they almost got caught and how it was so much better back then, and you can listen to the story and remember it, but neither him reliving the story nor you listening to it can compare to the man’s feelings he had as it happened. That moment belonged to him and him alone and as time passed it did not even belong to him anymore – time took it away. All that truly mattered was the moment and everything after was just trying to capture it again. So he talks about it to you. Just like I write about it to you now. I cannot explain to you how it is to stare up at the moon during a summer night and float away to this song and then look up to realize it’s been a year. The time this song was my soul is growing farther now, and I can feel my mind changing what it really was. Eventually I’ll die, but I’ll have this song and that year. How many of these self-contained moments are there, known only to you? I would say it’s most of them. I feel protective over it, but I know that time doesn’t care about that, and it will cease to exist. There’s something human and finite about that, though, that I like. I like thinking about some guy in 1586 or something and what a beautiful moment must have been like for him. He and that experience are gone forever; the only thing we can do in 2020 and beyond is savor these moments as they come our way, and hope we can create as many as we can so that the memory of one doesn’t cloud over us for the short time we’ve been given here. We owe ourselves that, at least.

See, these words were cool to write, but it’s not the same. 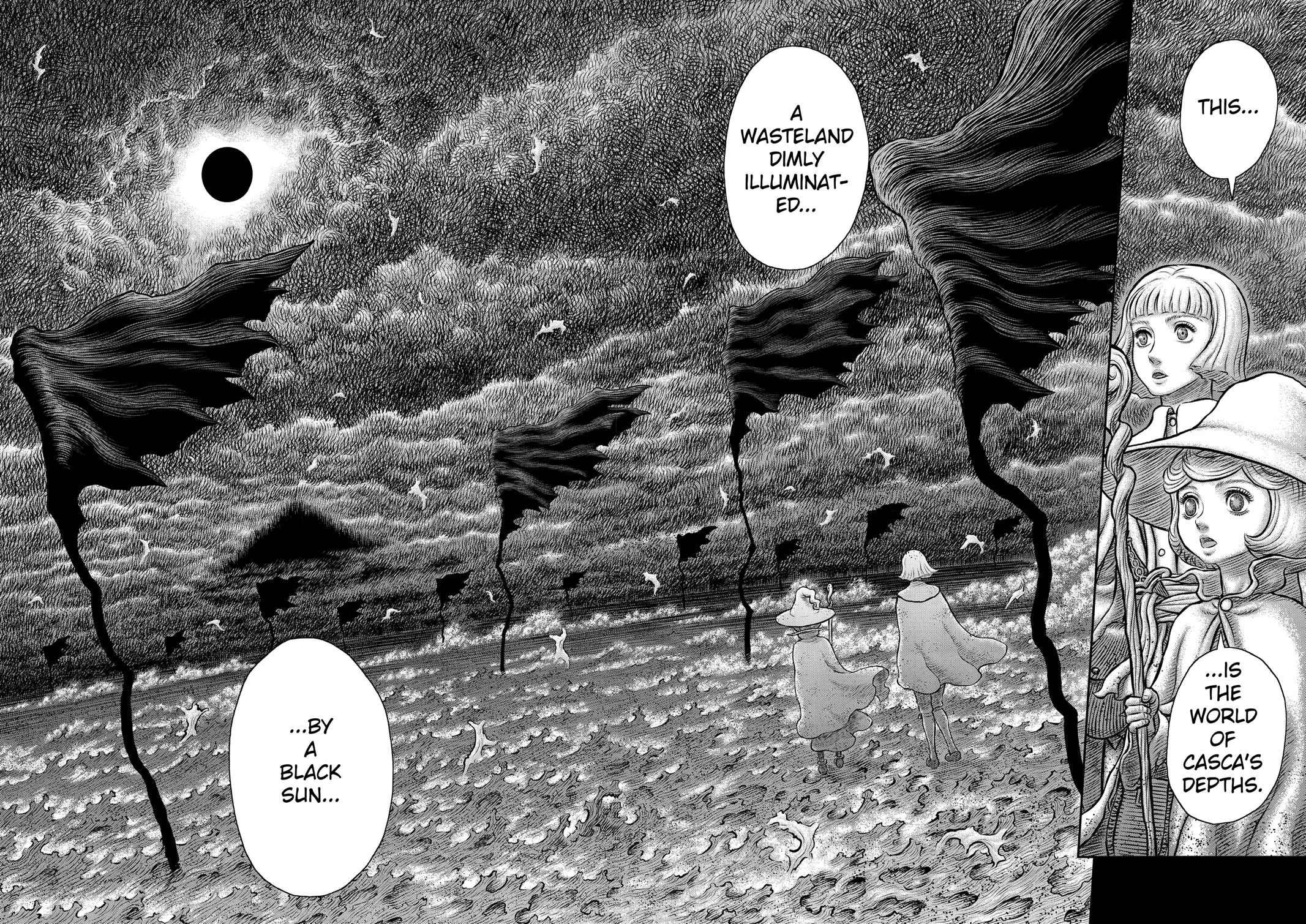 THE END IS NEAR SERIES- SOFLOSOUND’S TOP 5 SONGS OF THE DECADE, PART 3