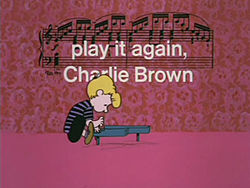 Thanksgiving: a time dominated by food coma, family, and football. It’s one of the few times of the year where everyone can sit down with friends and relatives to reflect on what makes life so great without having to worry about the more annoying quirks in life. Beyond momma’s excellent corn soufflé or grandpa’s hilarious antics, Thanksgiving signifies a time where we can appreciate what we really take for granted. For this Thanksgiving, the SofloSound staff decided to think about three albums they heard in 2019, regardless of release date or age, and discuss about how they impacted them throughout this rollercoaster of a year. Sit back, loosen your belt, and get ready for a large serving of musical affection as we talk about the albums we heard this year that made us thankful to not just hear them, but to be alive!

Sometimes you’re introduced to a stellar album through a comedy podcast, but never is that album as pure an example of alternative, ethereal space rock as Fantastic Planet. This album powered me through the weekdays and catapulted me from screaming the lyrics to closing my eyes and getting lost in the drawn out, lush instrumental tracks. This album served as the backdrop to this semester, getting me through many a hellish essay, a breakup, and all too frequent all-nighters. So I thank this album in the way a baby thanks its mother, because this album held, carried, and fed me for the past four months and will continue to for as long as I have ears.

Blood is a haunting, carefully controlled album that maneuvers the fine line between R&B and indie music, with Lu’s classical training shining throughout the entire 45 minute run time. This album guided me through graduation, my last summer before moving, and the subsequent transition to university. Blood tied my family home to my new apartment, imbuing it with all of the love and memories of my beloved Miami.

I’m probably most thankful for Operation Stackola because it was my first, true album-length introduction to rap. I discovered it through Jordan Peele’s Us, and from the second I heard the high notes ring in the track “I Got 5 On It”, I knew I had discovered something special. Witty and smart, this album is teeming with subtle humor while also maintaining interesting and ever-changing instrumentals. This album has opened my eyes to a genre that I knew of but never truly knew.

Sometimes the universe aligns and a piece of art finds you in the midst of your plummet or ascent and slides perfectly into your identity. I listened to The Colour In Anything during a rough period in 2018 and sunk inside the cold production and desolation of James Blake’s lyrics. At the beginning of this year, however, Assume Form spoke to me in a different way, arriving just after I had begun to make some positive changes for myself. Lyrics and refrains from the record became positive affirmations to repeat to myself throughout the day. This feeling of ease and contentedness is central to Assume Form, and James explores this positivity with the same depth he has his past sorrows. I’m grateful for this album because it taught me that things can just feel right, and you don’t have to question why – you can just enjoy it.

To Myself by Baby Rose

This album is the album I listen to when I’m emotionally distressed, so it’s one of my most played albums this year. Baby Rose has a voice that’s husky and full and unlike anything I’ve heard before, and she uses it to document her own breakup in real time, trying to make sense of the rawness of her feelings. Anytime I’ve felt a lump rising in my throat or felt like running away from my responsibilities, this album has given me an outlet to empathize with another human being and feel that same panic expressed musically. By the end of the album, it feels like we’ve both got a better handle on things.

To create this album’s cover art, Slauson Malone asked his friend Bolade Banjo this question: “Can you make me an album cover that’s nothing?” This question extends to the music on the album, which stretches the limits of conventional form to raise questions about our perceptions of the past. Sometimes the album feels massive, documenting centuries of trauma, and sometimes it sounds like a millisecond, like music trapped inside a black hole. This meditation on what time actually means manifests itself in a distorted melding of countless genres, some emerging for only a few seconds before disappearing into the void. This album has shown me how arbitrary the constraints of genre are, and also the impact that an artist can achieve through creating on the outskirts of our perceptions of what’s real.

thank u, next by Ariana Grande:

My first concert ever was the Orlando show of 2017’s Dangerous Woman tour with two of my best friends. Ariana Grande has always been a special part of our relationship, and thank u, next meant not only new music from one of my favorite artists for me to personally enjoy, but also more songs to analyze, discuss, and scream/sing with my favorite people. Grande’s most recent project was the product of an intense period of pain and loss, but the album itself is a celebration of the lessons learned from that stage of life and the support system that helped her through it. thank u, next is a phenomenal testament of Grande’s vocal ability and pop prowess, but more importantly, it’s a demonstration of what can happen when you let the right people into your life and they follow through when you need them the most. My people follow through every day. Anna and Alex, I love you guys.

The third effort from Banks is relatively melancholic, with a majority of the record reflecting on the scars and shortcomings from her past relationships, so on the surface it doesn’t seem like an album that would suggest happiness. The songwriting is a strong display of depth and vulnerability, but the part of the record that absolutely hooked me, why it makes this list, was the production. III is incredibly innovative with the vocoder, vocal distortion, and vocal layering, which I’ve been obsessed with since I first heard Imogen Heap’s “Hide and Seek.” The songs on the album are the only ones I can remember that have come close to that rich of a harmony and that powerful of a vocal effect. The production takes advantage of how beautiful sound can be and I genuinely get chills when the tracks reach their peaks because of it. III reminds me why I fell in love with music and the art of manipulating sound in the first place.

Heard It In A Past Life by Maggie Rogers

I’ll never forget the first time I heard “Alaska,” Maggie Rogers’ first single that was quietly released in 2017. I have synesthesia, so I’ve had always had a physical response to music, but this lit up my senses in a way no other song had done before. I’ve been following Rogers ever since and continued to experience a strong connection to her music, which reached an all-time high when I saw her live right before my nineteenth birthday this past October. I like to think that it’s no coincidence that she writes “remember this as the year that you burned” in the notes of an album that was released the year that I experienced a huge transition and took the first steps toward pursuing my passion. Heard It In A Past Life has been the soundtrack to this pivotal phase and is an embodiment of how I want to live my life. The record is driven by a deep respect for music and a love for the creative process, and it absolutely sets my soul on fire.

2019 was a big year for me; it was the first time I’ve moved away to college, beginning my walk on the path to live fully independently. Throughout it all, however, the lack of family in an isolated environment can be stressful or downright depressing, something I fight back when I’m in the gym with Maxo Kream’s show-stopping flow and iron-clad trap drums in my ears. Throughout this year, Maxo Kream’s cinematic and hard-hitting LP, Brandon Banks, made me not just lift more than I ever have my whole life, but it made me grateful. Grateful to live in an environment not as dangerous as the Houston rapper, grateful for the ties built by family, and grateful for the lessons that blood and non-blood relatives can teach you. Brandon Banks taught me that even in the most dire situations, family will forever be behind your back.

Fishing for Fishies by King Gizzard and the Lizard Wizard

I love to fish; no matter when, where, or with whom, I will gladly go to a lake to catch some bass or hit up the coast for some snapper. I also love music, and the quaint combination of King Gizzard and the Lizard Wizard’s boogie-inspired rock tunes and lyrics about protecting the fishies of the world caught me hook, line, and sinker. In a day and age where the natural earth is seemingly withering away to the machine-world of man, the calls to environmental celebration and disillusionment amongst technology on Fishing for Fishies made me rediscover my love for both fish and the power of rock on both the mind and body. Rock is far from dead, and neither are our friends under the waves, so a guitar-driven celebration of what we have and what should be done to protect it was a recipe to make me remember to never litter, and remember the force through which rock music collides with man.

Nothing brings more joy and pain than the relationships we have with both people and ourselves. On Ari Lennox’s debut Dreamville album, Shea Butter Baby, we are welcomed into the turmoil and bliss that belongs to the mind of a woman living in the age of Tinder, financial distress, and sexual desire. It speaks to the beauty of human imperfection, whether it be doing the most you can to impress your crush across the hall or celebrating home ownership by walking around in the nude. It made me thankful to be human, having flaws that can easily make things worse or having relationships and feelings that can turn a bleak world into one full of beauty and fun.

It’s hard to say how one single album can affect us. The impact a piece of art can have on us, regardless of genre, all depends on the person and the time. It can be surface level, or shake us to the core. Music, despite its tendency to resonate with different people in different ways, is a glue that ties all fans together to appreciate the best that artists can offer. Much like a Thanksgiving dinner, music can bring us all together to appreciate how and why we love it. Discussion is important, and so is the appreciation of all albums, big and small…

What albums where you thankful to listen to in 2019? Sound off below to show your love to artists big and small!

Sample some of these albums below!

1 thought on “SofloSound Specials: Reflecting on What Music Made Us Thankful in 2019”