Tyler, the Creator has had some serious character development over his career. His metamorphosis hasn’t been all at once either, like the rushed type so many established artists and Game of Thrones characters have been undergoing lately. Rather, Tyler has slowly planted the seeds of his introspective, unique brand of hip hop and R&B over time, fully blooming and bearing sweet sad-boy fruit with his critically acclaimed Flower Boy in 2017. Two years later, on IGOR, Tyler has continued the exodus from his shocking, skateboarder roots to experiment with his sound and personal growth on a spiritual successor to Flower Boy, titled IGOR.

This time, around, it isn’t as smooth and lovely as the prequel. IGOR, as the title suggests, is garish and even messy on the surface, but deep down it has a sad heart of pure gold.

IGOR is very much like the dark, depressing sequel to your favorite romance movie. It takes several depraved turns you wouldn’t expect from Flower Boy’s melancholic but aesthetically pleasing path; the production here is louder, more bold in its execution. Tyler barely even raps, opting to sing in heavily pitched, amateurish falsettos. At times it works incredibly well at pushing forward the album’s themes of self-imposed ugliness and lovesickness, sounding great over the summery synths and drums of the Carti-assisted “EARFQUAKE” or the soulful samples on “A BOY IS A GUN”. The singing and beat crafting don’t always stick the landing however, as “PUPPET” is far too minimal to justify its meandering flow and out of place Kanye feature. For horrible vocals, some tracks stand out, but “I DON’T LOVE YOU ANYMORE” is a front runner for the worst sounding song on the record with its overly impish chanting; it’s an example of how a record’s message and theming can intrude upon the audio quality of a certain song.

IGOR, with its messiness, purposefully attempts to convey its surface level horror aesthetic alongside a mix of pleasurable R&B, and usually succeeds, even if it occasionally feels a bit slapdash and imitative of Flower Boy’s chord progressions. When the production does feel unique, it freaking WORKS, like on the masterful “IGOR’S THEME” with its blistering cybernetic beehive of synths, dusty drums, and haunting (yet catchy) vocal harmonies between Tyler and Lil Uzi Vert.

Speaking of catchiness, IGOR has a surprising knack for ear-worm hooks, a prime example of Tyler’s improvement in the music industry: “EARFQUAKE” and “I THINK” are instantly memorable and infectious with their songwriting. The actual lyrics work well into the tracks’ grooves and are as vivid as a Dr. Seuss illustration, even if the image is heartbroken.

And trust me, IGOR is romantically devastated.

The lyrics throughout the album string up a loose narrative of Tyler being at war with romance, each track being a vignette of his relationship and thought process concerning the apple of his eye. While the narrative itself follows the classic heartbreak formula, it’s Tyler’s personality and honesty that make it compelling. Right off the bat, his earnestness and vocabulary give us a taste of what love is like for him. From having his earth quaked, to suddenly realizing he has indeed fallen in love, and begging for more time to make a better impression, Tyler has a youthful energy in his pen that makes each track land like a punch to the heart.

The first leg of the album is truly obsessed with Tyler’s unnamed partner, painting a character portrait of Tyler’s equally relatable and powerful extremism with romance. It all culminates with “RUNNING OUT OF TIME”, a beautiful synth ballad that encapsulated Tyler’s desperate need for someone to love him despite his perceived ugliness.

Despite the lovey-dovey nature of the first act, IGOR turns up the lyrical content with some much-needed introspection. “NEW MAGIC WAND” and “WHAT’S GOOD” are abrasive, rap-centric tracks that analyze Tyler’s more impulsive nature in regards to love with some killer flows and instrumental evolutions. While I may not enjoy “PUPPET” sonically, it has a great sentiment on the feeling of being controlled by someone you desire, with the strings on your back being subtly manipulated by your desire to maintain your hold on someone’s emotions.

It’s this invisible puppetry that kicks off the last, and arguably most important, part of IGOR. On “GONE, GONE/THANK YOU”, Tyler rejects his love, with the track’s almost blissful feel being an excellent contrast to Tyler’s disappointment and nonchalant attitude towards his loss. IGOR’s subtext is rich: is it Tyler’s self-hatred of his own impulses, or a lack of a connection that ruined his relationship? The track is too immaculately produced, sung, and rapped to not want to put on replay on a sad summer night. IGOR closes on a bittersweet moment as well, with “ARE WE STILL FRIENDS?” being an excellent final scene to this short lyrical play Tyler put on display. Now, instead of wallowing in his bitterness and frustration at lost love like on Flower Boy, he’s ready to move forward and find new meaning. Character development indeed.

IGOR is all over the place. It’s loud, in your face, and a bit lacking in a few areas. As an album, it may not best Flower Boy, but it is a fascinating listen nonetheless. It’s a great effort from Tyler on a lyrical and songwriting front, with some killer production that proves Tyler’s prankster persona masks a powerful story of loss and evolution. Perhaps someday, this evolution may lead him to the one person who will make his joy permanent…

Tracks to Skip: “PUPPET”, “I DON’T LOVE YOU ANYMORE” 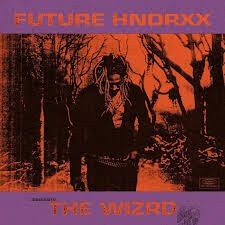