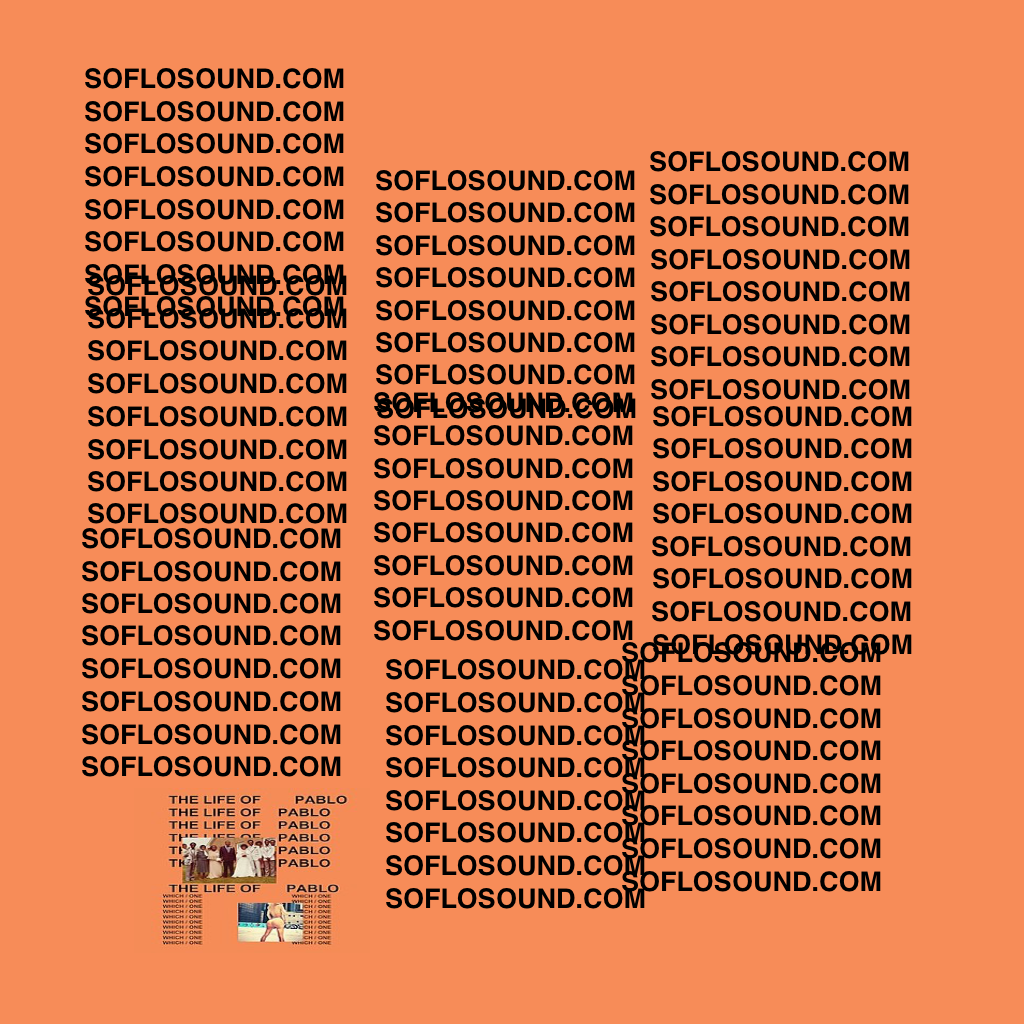 God-complexes, mental injury, and the flaws of a superstar are all present on The Life of Pablo

(The following article is Part 2 of my Life of Pablo Retrospective series. For Part One, click here).

The Life of Pablo, which I consider to be the album that is most representative of Kanye West’s persona, is more than just so in its production and tracklist. The very fabric that sticthes the album together is made of the same material his soul is made of: one of religion, self destruction, and a god-complex that never ceases to inspire hatred and admiration all at once. Thematically, it’s comparable to a glacier: it’s big on a surface level, even larger when you dip beneath the waves.

“The wave is here
You a wavey dude anyway”

Max B’s praise of West on “Silver Surfer Intermission” is possibly the most random moment on the record, but reinforces the idea that Kanye is trying to stay wavy despite his hectic emotions.

This Sure as Hell isn’t Gospel Music…Right?

Kanye called TLOP’s music many things in its creation: cookout music, best of all time, etc. The one word he kept on returning to, however, was the word Gospel. A Gospel album from Ye was an interesting prospect at the time, but besides a few stray religious references in some lines, the occasional Gospel music samples (like on “Father Stretch My Hands Pt.1”), and “Ultralight Beam” being a church anthem, TLOP didn’t seem too involved in scripture or Christian morals. Despite a “Life of Paul” internet remix showing the more religious roots of the album via transformed arrangements and a more authentic church feel, the official Kanye album never felt truly Gospel-like. Hell, on “Highlights”, West raps about wishing his private parts had a GoPro so he could rewatch his sexual endeavors. Not exactly devoted to a Godly experience there, huh Ye?

I thought this way once, until I stupidly realized that Kanye literally considers himself a god amongst men. The Life of Pablo, the title of which is inspired by the Christian figure St. Paul, reads less as a “love God” album, and more like a collection of Bible readings from Kanye’s very own persona and self-imposed divinity. A Kanye Bible, if you will.

Now, if you know about the Bible, or any of its famed stories, you’ll know that that sh*t is wild. The tones and events throughout its various pages plunge into so many different moods, it accomplishes absolute tonal inconsistency. Some Bible stories are beautiful, benevolent, and even inspirational to the current person. Others are outright hilarious, others deeply sexual, and still others downright scary. They all connect to each other with recurring characters, themes, and the presence of God (the central character) is felt deeply throughout despite the peaceful or vengeful actions He performs.

That sounds a lot like TLOP and its 20 tracks, now doesn’t it?

Kanye is godly on his own musical Bible, shaping (or messing up) his own destiny as he sees fit. Sometimes he’s introspective and troubled by his inability to maintain sanity amongst drugs and celebrity life (like in the devastatingly cold “FML”), other times he’s as hedonistic and desperate for sex as any depraved Biblical demon like on “Freestyle 4”. Each track on TLOP is very much its own Kanye Bible book, a look into the multi-tiered life West leads as he speeds through LA and attempts to reflect on his past relationships with recurring characters like his family and his laptop stealing cousin. It doesn’t seem that the same person who could write the self aware and witty “I Love Kanye” is the ego centric bastard on the braggadocios banger “Facts”; in the same vein, how can stories of mass destruction be followed by stories of redemption on the actual Christian Bible Mr. West reads?

In much the same way that God is a living breathing entity with various emotions on the Bible, Ye’s god-complex runs deep with his actions here. This is the same man whose talents allow him to make a beautiful outro on the controversial banger “Famous” and stay toe-to-toe with Kendrick Lamar on the amazingly rapped, written, and produced “No More Parties In LA”. Of course Kanye considers himself a god with these skills; it will hit very excessive points on this record and in real life, but this is almost a reflection on how Kanye’s powers still cannot save him from his most stupid moments. If you look at TLOP as the Kanye Bible, you’ll understand him as Christians understand God: He’s one powerful guy.

The only difference is Kanye is deeply, deeply flawed.

Although his following album, ye, was a more subdued and nuanced dive into his mental struggles and flaws, The Life of Pablo highlights these same flaws in its absolute peaks and valleys. Instead of being more humanizing for West like in ye, or more dehumanizing as in Yeezus, the album walks on the line between the two. A Yin and Yang of humility and ego that truly predicts where Kanye is now.

Kanye West has always been controversial (prime examples of this are shown above). He’s explosive, outrageous, and oftentimes too self-serving to get people’s support. TLOP accentuates the hate by making some of his most self-important tracks to date: “Highlights” name drops the Kardashians as the new Jacksons, “Famous” finds Ye ruminating on having sex with Taylor Swift because he made her “famous”, “30 Hours” finds him mumbling for three minutes as an outro to a five minute song. In a way it shows Kanye as proud as ever, willing to say whatever he wants, thinking it’s wonderful, without thinking of repercussions.

And now he’s the one whose crazy and borderline dehumanizing statements are on our timelines.

“I be saying how I feel at the wrong time”

On the other hand, TLOP is one of his most humanizing efforts. The contemplation on his absence from family business on the haunting “Real Friends” is depressingly real for someone who never fails to disappear from loved ones, “Ultralight Beam” is the most anti-aggressive Kanye song ever produced, and “No More Parties in LA” is an almost-too accurate commentary on the fast moving, surface level life of Hollywood, rife with hedonistic imagery and 4 A.M Denny’s runs. It seems as though Kanye truly wants to benefit others, to use his artistry and platform to improve others with inspirational production and life stories. The flaws Kanye openly flaunts on the record are tangible; they’re all too real for some that know a friend that has good intentions that are accompanied by a tendency to screw up.

I will never defend some of the downright atrocious things Ye has said in the past few years, but his downward mental spiral after the TLOP release and tour was almost a confirmation of all the things Kanye rapped about on here. The chaotic nature of his mind, the ego-centric yet peace seeking mentality in his brain, his perfectionism and overworking tendencies. It’s no wonder he admitted to his overworked mind and psychological problems after the album’s release. It’s no wonder now, as we wait for Yandhi, he seems to be trying to make up for past mistakes.

No matter what good or bad Ye has done in the past, one thing is certain. This album is excellent. As a crazy Chicagoan once said:

Name one genius who ain’t crazy!

What did you think of my analysis? Love it? Hate it? How are YOU doing? Sound off in the comments below!!!

1 thought on “Kanye Stretch Your Hands Pt.2- A Retrospective on The Life of Pablo”