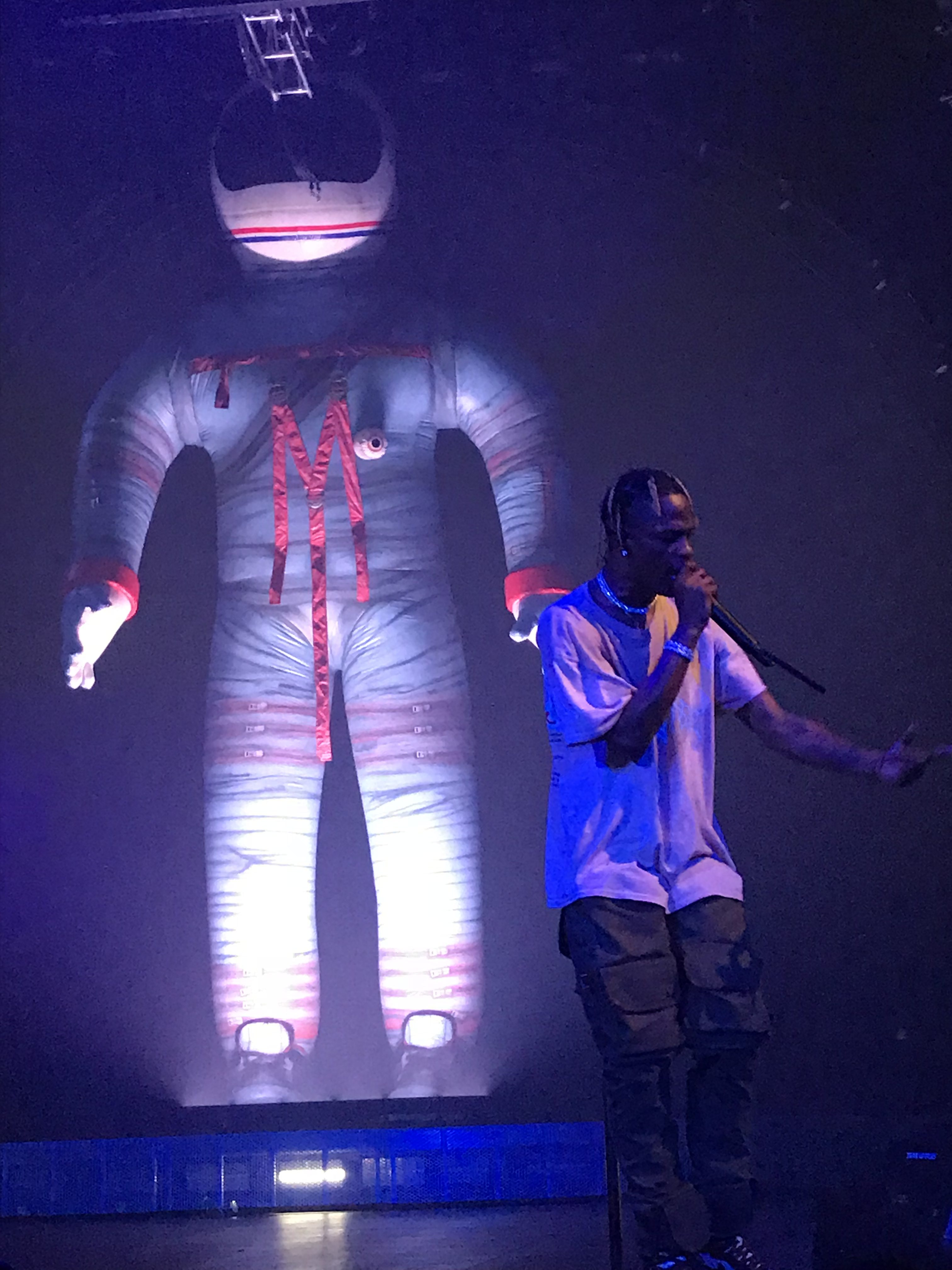 Nothing could’ve prepared me for my visit to Astroworld. I’d heard the rumors of it all: the wild rides, the crowds of crazed visitors, the heat. Some said that going to Astroworld would be dangerous. Some said it wasn’t worth the time, the drive or the money. When it was finally my turn to exit the long line to one of the the biggest attractions of 2018, I knew that all of those statements were wrong. Astroworld was riotous, chaotic, hedonistic; it was also clever, cinematic, and even beautiful at times.

The best way to experience Travis Scott, as virtually everyone who’s seen him live agrees, is on the floor. Even if the ticket pricing for general admission in Astroworld isn’t exactly cheap, your investment definitely pays off for what you’ll get. The four opening acts of the Astroworld Tour make up for their smaller names in pure energy and hype. As Sheck Wes’ “Mo Bamba” began playing when I stepped onto the floor, the thundering bass rattled up my shoes to my cranium, and the crowd exploded into a riot of jumping, cursing, and excitement. It was an excellent opener and precursor to what the rest of the show brings, and Wes’s wild screaming made for some of the most explosive vocals of the night.

If Astroworld could be compared to a theme park, about 99% of its rides are rollercoasters. The opening sets of Trippie Red, and Gunna made for some awesome moments, particularly on the crowd-assisted crooning on “F*ck Love” and multiple melodic Gunna hooks. Hell, the several brawls that were orchestrated by Virgil Abloh on his DJ set made for a great time. Even on songs where you don’t fully comprehend what’s going on (because some random dude is slipping on your shoes or you just haven’t heard the track), the electricity in your body made you vibe to nearly everything that was performed.

By the time Scott actually arrives, you will be drenched in your own sweat. Or someone else’s.

Easily one of the most memorable moments of the night was the faux-entrance by the headlining man himself. After an incredibly psychedelic, Texan-inspired stage visual featuring cowboys, eyeballs, and raving children, Travis entered…behind everyone. The scramble to reach him as the energizing “Stargazing” played resulted in many curses, trampled bodies, and outstretched  hands trying to touch Houston’s finest. By this point, if you were in the crowd, you couldn’t move out. It was a sea of shoving, singing, smelly bodies that all exploded as the song’s beat changed into the injury-inducing trap masterpiece. From the get-go, Travis’s performance was excellent: he yelled like a madman, rode a freaking rollercoaster, and even made the middling “Butterfly Effect” an excellent highlight of the night with the assistance of a random, stage-diving white boy.

The beat drops throughout were something to behold too. While some songs were relatively short (Travis does work with a lot of other artists that couldn’t be there), each song brought its own memorable moments. “Mamacita” had a bass drop that probably shattered by eardrums and kneecaps through all the violent jumping, and “Quintana” united everyone to relive Travis’ older mixtapes. The setlist was varied: grimy Travis, polished Travis, every era was represented. While it was mostly Astroworld that was performed, many standouts weren’t even from that album’s tracklist: “Love Galore” was a well earned, melodic cool-down, and “90210” was almost haunting in its execution.

The Travis Ride at Astroworld was very well planned out as a whole: the rollercoaster after “Carousel” and the mind-warping usage of multicolored Texas imagery on wide curtains during “Houstonfornication” and “Astrothunder” brought a level of artsiness to the performance that you wouldn’t expect from someone who always shouts “it’s lit”! His charisma shone through on many of the Astroworld cuts that weren’t exactly hype, but still wonderful all the same: a crowd-pleasing acapella of “Stop Trying To Be God” proved his stage presence even in the quieter moments.

However, nothing beat the final drop of the Astroworld ride: “Sicko Mode” with the real life Champagne Papi on stage with Scott.

The initial “oh sh*t” moment of Drake’s appearance tore the crowd into shreds, pushing me away from my friends and blinding my senses with heavy synths and bright lights from people trying to catch a video of the occasion. Every beat switch resulted in a new dance in the crowd: it was a brawl till the last “like a light” of the song as Travis and Drake helped the crowd sing the iconic refrain. The silence afterwards was deafening, as I felt I woke from a violent dream to an eerie wasteland with zombies rocking concert merch.

I didn’t want to leave Astroworld, but I know that the next time park tickets are available, I’m gonna be first in line. Go take a visit while you can! 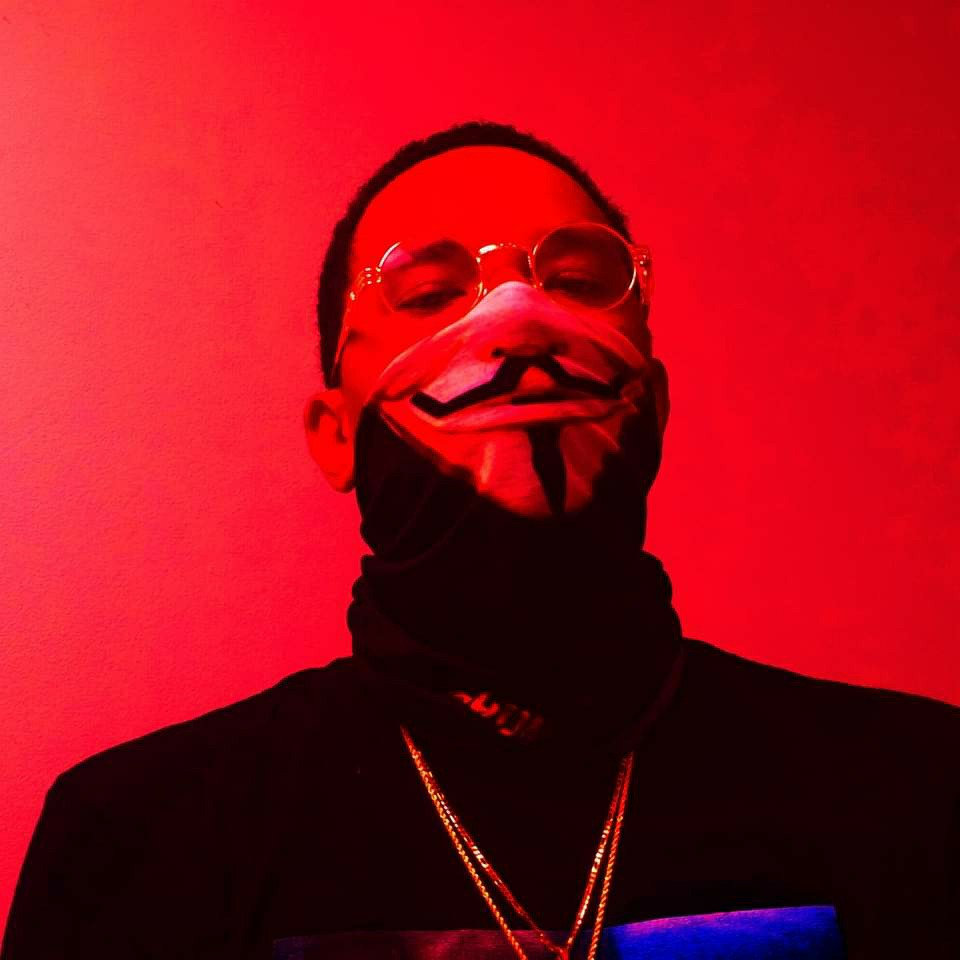